In this episode of How to Generate (Almost) Anything, we collaborated with Allison Schneider, a playwright from The Catalyst Collaborative at MIT to write a theater play!

We trained a recurrent neural network on over 2,000 play scripts. It is able to write its own scripts as well as completing a given part of the play based on what it learned from the previous scripts it has seen so far. Many people view AI as the Frankenstein’s creature for our century. In the honor of the 200th birthday of Frankenstein, we explore what happens when a playwright and an AI, the modern creature, respond to the timeless themes of Mary Shelley’s masterpiece.

Allison Schneider, a playwright from The Catalyst Collaborative at MIT wrote the play with the AI where she and the AI took turns. As expected, sometimes the AI produced ridiculous outputs but also came up with new characters and cues that inspired our playwright. We performed a staged reading of the human-AI collaborated play, Frankgen, at Central Square Theater, right before the showing of Frankenstein.

Here is an excerpt from the script where the AI picked up and wrote a part for the DOCTOR (a character that our playwright introduced) as well as writing stage directions. The AI also introduced a new character, ALICE (which inspired our playwright to make her the monster from the Frankenstein.)

(They exit.)
(The actors present the stage in the darkness.)
DOCTOR. (To the audience:) I was a song and I was all alone with the fact that the contract was all alone, and there was a great deal of thinking about the way they were all alone and now I want to be a charming man.
ALICE. I don’t know what to say.

IGOR. Doctor, doctor, it worked! It’s alive! It’s a woman! Let me help you out of that chamber…

You can read the full script from www.frankgen.com. Interested in collaborating with the AI to write your own playscripts? Contact us.

Special Thanks to the Actors

Special thanks to the actors who made this collaboration possible:

Special thanks to Julie Henion Richardson for videotaping the staged reading.

Special Thanks to Lavenza

Lavenza is the playwright AI that collaborated with Allison in this episode. Similar to her namesake, she is docile yet playful as a summer insect.

Note: Lavenza’s profile picture is also dreamed-up by an AI. 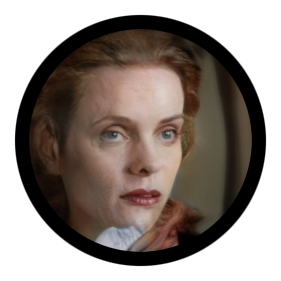