In this episode of How to Generate (Almost) Anything, we collaborated with Jared Sadoian, the bar manager at The Hawthorne to make human-AI collaborated cocktails!

Human-AI collaborated cocktails, made by Jared Sadoian at The Hawthorne, and co-tasted by Emily Salvador.

We trained a recurrent neural network on thousands of cocktail recipes from 1001 Cocktails, and generated new ones. Jared Sadoian, an MIT-trained computer scientist turned bartender kindly agreed to collaborate with us and made 3 of the cocktails at his bar! Hint: they are extremely sweet.

Here are the 3 AI-generated cocktails brought to reality by Jared, and co-tasted by Emily Salvador from HTGAA team. Note that the recipes from 1001 Cocktails are in French, so are the AI-generated cocktail recipes! The translations of the ingredients are also given below.

Special thanks to Jared Sadoian, and The Hawthorne for making this amazing collaboration possible! We would also like to thank to Emily Salvador from HTGAA team for videotaping this experiment.

Special Thanks to Ackmena

Ackmena is the bartender AI that collaborated with Jared in this episode. Similar to her namesake, she is respected by many, and her friendly manners made her more popular within the other AIs in HTGAA project.

Note: Lavenza’s profile picture is also dreamed-up by an AI. 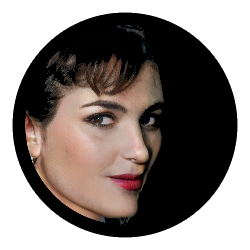